Signing for a team in the Premier League used to be the dream of young English players alone. In the modern age, players from all over the world dream of playing in the most captivating domestic football league worldwide. However, for many, the dream becomes a bitter one: time spent on the bench, being well-paid but never used properly in the actual matchday squad. For Crystal Palace, though, the arrival of new midfielder Cheick Doucoure should be a more positive story overall.

The Mali international has arrived to much fanfare, with fans hugely excited to see what the former RC Lens man can do. His write-up from France is very positive, and the player himself is extremely keen to get involved. A young midfielder with boundless energy and impressive reading of the game for one so young, Doucoure looks to be one of the steals of the summer. The arrival into the first team will likely give Patrick Vieira another body to replace the likes of Conor Gallagher. And while a different type of player, Doucoure sounds just as confident that he will succeed in South London as the Chelsea loanee was.

Speaking to the official club website after signing a five-year deal with the Eagles, Doucoure sounded positively delighted about his future.

What did Cheick Doucoure say about signing for Crystal Palace?

When asked about what it felt like to join a club like Palace, Doucoure noted: “I’m very happy, I feel a lot of joy and a lot of pride to be a Palace player. I’m proud to be at Palace today. You know, Palace is a historic club in the Premier League, so it’s an honour to be a part of this club.”

While those quotes could very well have come from a PR document, his comments on why he chose Palace were more personal. Asked about if Patrick Vieira, a legend in French and in African football, had a role in his signing, Doucoure said: “What I want him to [teach] me is what I’m missing in my game so far. I want him to teach me a lot of things, to reach the highest level. He’s been a really important factor in me signing for Palace.

“He told me ‘I’m going to make you better. I know your game, I’ve known it for a while, so I know what you need’. I think that with him I’m going to work well. My game is not perfect yet. I know that I have to work. With humility, work and the club I think I’m going to reach the top level to succeed in the Premier League.”

These are really exciting quotes and show that Palace fans should be pretty hyped up by this arrival. It is not often that Palace are seen as a destination club for players outside of the area, so this is a huge coup. For now, it sounds like Palace have landed one of the most intriguing deals of the summer. If Doucoure can live up to his words, he will be very exciting indeed to watch develop as a Palace player. 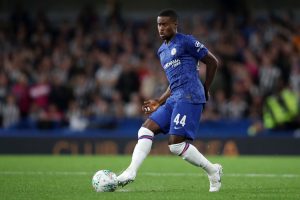 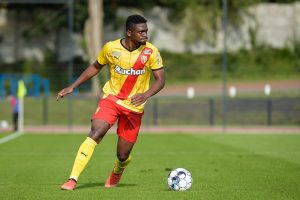 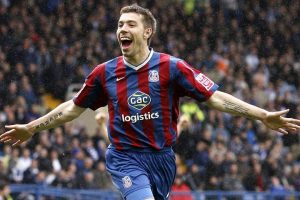