Ask Pep Guardiola who his most annoying opponent in English football has been, and he would likely note Liverpool. The Merseyside giants are the only team to really stop Manchester City from dominating the Premier League.

However, another team might come up in the conversation, too: Crystal Palace. For whatever reason, the South London outfit have been a thorn in the side of City and their ambitions. Under Roy Hodgson, the Eagles offered a total contrast to the style of football that Guardiola employs.

With the more aesthetic choice of Patrick Vieira as coach, though, Palace now play a much more energising brand of football. Therefore, it should come as no surprise that Guardiola is keen to take one of their star young talents.

Tyrick Mitchell has been linked with a move to City in the summer, mimicking the route that former academy player Aaron Wan-Bissaka took to get to Manchester.

Mitchell has impressed massively in recent years, cementing himself as a key part of the Palace project under Vieira especially. At 22, he has been given his first call-up for the England team and could make his international debut in this international window. For City, it would be further proof that the attack-minded left-back could be just what they are looking for.

With a squad absolutely ripping with depth, the one position that looks a little light on depth is the left full-back. While Ukrainian utility man Oleksandr Zinchenko can fill-in from time to time, he is not a natural full-back. Instead, it is common for the likes of Joao Cancelo to play on the left-hand side of the defence. This, though, is an imperfect solution.

The legal issues revolving around Benjamin Mendy, too, mean that he has not been available for selection this season. This has left City and Guardiola with a headache in a key position in the team, and the arrival of Mitchell could help to solve that.

A young England international with a natural inclination to go forward, it is clear that City would be buying an exciting young talent. However, it would be fair to say that Mitchell still has it all to prove. A good season with Palace has led to an England call-up; to really prove he is not just a flash in the pan, more performances need to come this spring.

For City, though, the interest is clear to see and is entirely logical. Mitchell is among the most exciting young players of English nationality out there at the moment. If he can sustain this form, then a move to a giant like City might make obvious sense for all involved. 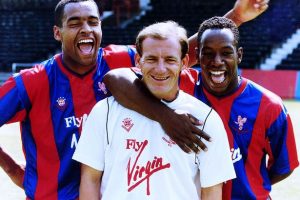